Hindu devotees are observing ‘Kumari Puja’ on the Maha Ashtami through worshiping goddess Durga as a `Kumari’ with due religious gaiety across the country on Monday.

The main attraction of the day is Kumari Puja where a pre-pubescent girl is worshipped as “Mother Goddess”.

Thousands of Hindu devotees thronged Puja Mandaps throughout the country to celebrate it in the morning.

Draped in new dresses, a large number of devotees irrespective of ages offered prayers before the Durga, seeking divine blessings for peace, prosperity and welfare of the country and its people. The celebrations mark the triumph of good over evil.

The worshipped girl symbolises the power that regulates creation, stability and destruction on earth. The goddess is bathed symbolically and dressed for the final battle.

In old days, a buffalo was offered as sacrifice to the goddess. These days, bananas, pumpkins and cucumbers replaced the animal.

Durga Puja began on Saturday, with the incarnation (bodhon) of the Goddess in temples across the country.

The five-day festival will culminate with the immersion of idols on October 5. Close to 8 percent of Bangladesh’s more than 160 million people are Hindu. 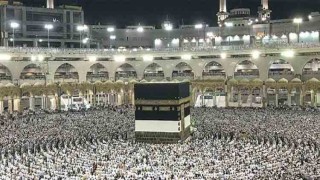